BARCELONA, FEBRUARY 1910. FIRST AIRPLANE TO TAKE OFF IN SPAIN

According to the media, the first flight of an airplane in Spain took place on February 13, 1910 in Barcelona. It was a device piloted by Julien Mamet, from the Pau aviation school (located in Southern France). The airplane  was a Bleriot XI monoplane with an Anzani 25 hp engine.  It was  purchased shortly before the trip by a Uruguayan school student, athlete and millionaire of Canarian and Catalan origins. The owner was a fan of all kinds of sports. He also was for years President of  Footbal Sport Club of Tenerife: his name was Mario García Cames. 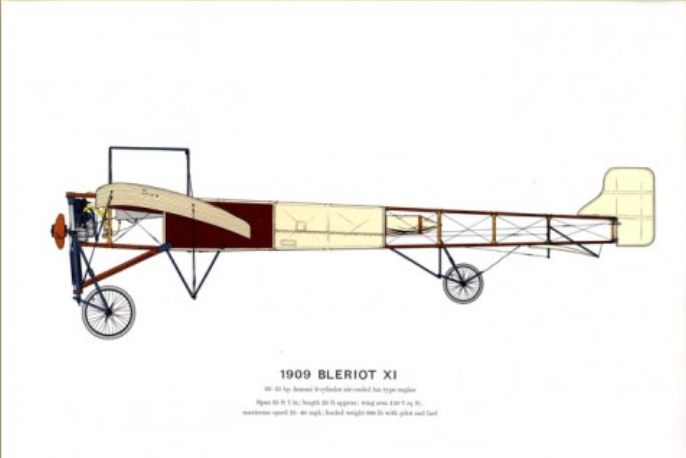 How the first flight was prepared

They wanted to show the progress of this sport in Barcelona. In order to hire an aircraft they sent an advance party of the society to Paris . Neither the aircraft nor a pilot to carry the flight out were found . The party was not able to accomplish the task.

It seems that some chance mixed with the kinship between the Comas relatives  did the rest. They reached an economic agreement with the pilot and with the owner of the device to carry out the exhibitions in Barcelona. With some added difficulties for the transfer and customs clearance of the airplane to Barcelona, it was reported  that the device arrived disassembled, all its parts were assembled without difficulty. In a few days the device was ready for its first flight in Spain.

Press release about the first flight

I translate what appeared in the spanish magazines at that time:

«On Friday, February 11, 1910, Barcelona woke up with a certain air of disbelief. In the afternoon, several dozen people approached the Can Tunis racecourse, on the slopes of Montjuic; few wanted to miss it. Some looked at the sky with desireI report that the weather was fine then. Mario García Comas was calm and self confident, because he knew the virtues of the pilot Mamet. The plane rose before the stunned gaze of an expectant audience. The silence, broken only by the noise of the engine, would vanish amid the applause of the people. The plane traveled about 2 kilometers, at a height of 40 to 50 meters. This test flight had lasted two minutes and eight seconds. «

It seems that this magazine does not take into account that the first attempt on February 11 was not made due to the strong prevailing wind. It is clarified by two other articles, which we quote here: The article in «La Vanguardia» of February 15, reads as follows:.

«The air pilot Mamet, with the Bleriot monoplane, made a quite remarkable flight yesterday, in front of a few people. Taking advantage of the prevailing atmospheric calm, he left the racecourse, which has been converted these days into a temporary airfield, and going up a few meters, he described a very extensive circle, passing on his excursion over the sea and reaching the Southwest necropolis, at which point he reached the maximum of elevation, about one hundred and fifty meters. Upon reaching the field of his «hangar» he simulated the descent,but after a few meters he made a leap that raised him again, to the natural surprise of those who were going to help him in his «atterrissage»

However, in another newspaper of the time, «La Ilustracion», the date of the event and the height of the flight change: it took place two days after the first attempt, dating back to February 11. The Plane traveled 6 km. and rose up to 200 m. it reached the Llobregat river, entered the sea and flew over the Montjuic mountain. 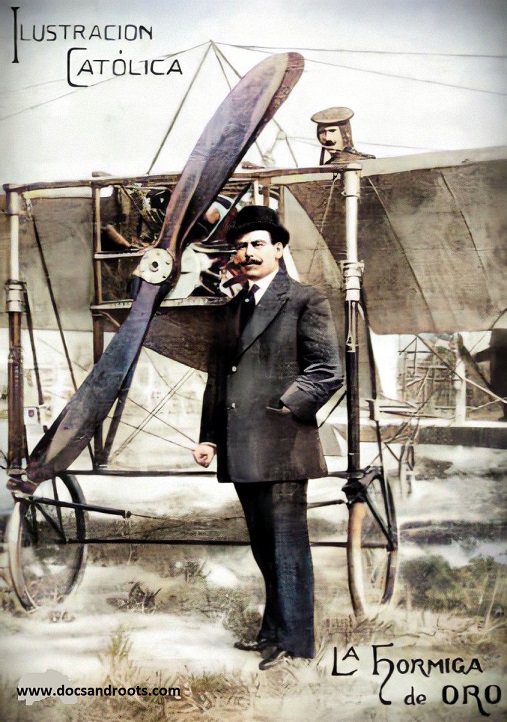 Whatever the beginning, the truth is that the aviation madness was declared in Barcelona.

But it was something the organizers had already planned.

Some articles and press releases of «La Vanguardia» on Sunday, February 13 report:

In the aerodrome of the A. L. A. (Casa Antúnez) several works have been executed to support and decorate the stands capable of installing many spectators;  Thirty large boxes and wide spaces have been arranged for  free seats,  as well as the press platform has been installed in conditions of comfortable service. Optional assistance has been planned. Mr. F. Ezquerdo Grau, Soley and Sojo are entrusted to provide all the necessary adjustments for the show. During the days of exhibitions the restaurant of Mr. Casanovas will provide the service of a splendid and economical bar «

We can read in the same newspaper , same date

«On the occasion of the tests of the airplanes that have to be carried out today at the hippodrome, on the summit of mountain Tibidabo some  spyglasses have been placed in the viewpoints, so that the public can comfortably observe such an interesting experience»

The billboards with portraits of the pilot showed the «artificial bird».

The prices of the show ranged from the boxes at 60 pesetas to just one peseta for a ticket on foot.

The echo moved to Madrid, where the exhibitions were held in March of the same year, with more devices.

Later Lisbon and Valencia. There, the Malvarrosa beach was used as a makeshift aerodrome.

Shortly after, the agreement between the Uruguayan businessman and the French pilot ended  as well as the exhibitions. Nevertheless Mario García remained in the field of aeronautics since he obtained the title of aircraft pilot.

The feat has remained in the memory of the history of Spanish aviation, although  the date of February 11, 1910 has been took for granted as  the real one.

× ¿Puedo ayudarte? Can I help you?